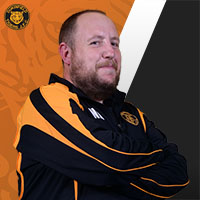 Darren is one of our FA Level 1 qualified coaches and Social media/Recruitment Officer of the club. Darren has been with the club for three season stepping in when the team looked like folding after the 2015-16 season.

Nick is one of our FA Level 1 qualified coaches and Chairman of the club. Nick has been with the club for three season coaching both the Under 14’s Girls and Under 17’s.

Our Under 17’s are our oldest team which consist of a few original players who have played from the Tigers cubs all the way up through the age groups. The team have really pushed on over the years creating a great team environment. The Under 17’s play in the Stockport Metro Junior Football League Division 4

TIGER TALES! Views from the Grassroots